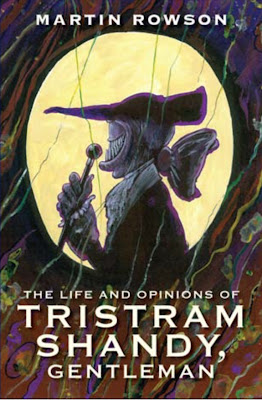 Sterne's novel has caused trouble enough in the past to readers; KRG won't be the last group tormented by the fanciful prose and the meandering narrative of this famous book. If the fault be Sterne's wayward tendency to stray wide and far from the narrative, listen to his defence: “Digressions, incontestably, are the sunshine;—they are the life, the soul of reading!” 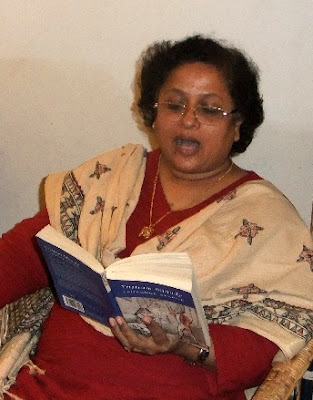 Talitha reads about the right use and application of auxiliary verbs, according to Walter Shandy

KumKum's whingeing made Joe expect 'storm and rage' at the reading … but the surprise was the immense mirth that took hold once the readings started. Each reader tried to bring out the sense of fun and mild bawdiness which pervades much of the book. 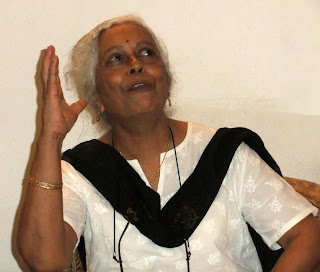 'God' occurs 106 times and you might think it a treatise on religion. Indeed, Sterne subjects religion to satire, and brings the learning of an ordained minister to bear on the Inquisition, the rites of excommunication, circumcision, papists, hypocrisy, and other religious subjects. But his purpose is ungodly. 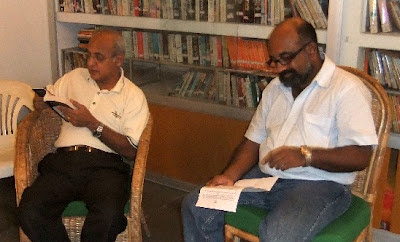 Perverse as Sterne might have been in his idea of a novel, there is no sign of fatigue on the faces of the group below ― only the sense of having had a good time!