This was the first time KRG attempted to harness the Internet to see if a semblance of physical presence could be afforded by the Skype application to allow traveling members to attend. Although it is commonly used to connect people in a video session remotely, Skype did not work on the day because a reliable broadband connection could not be established. Joe and KumKum in Boston were keen to attend; the Internet failure was a disappointment for all. 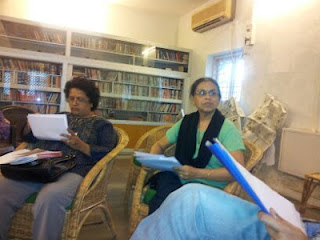 Kamala Das (Kamala Surayya, when she died) must now rank as number one in the frequency of choice by KRG members. 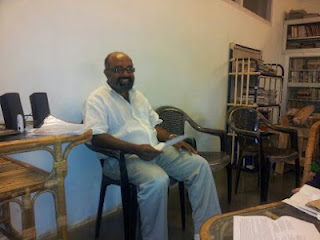 A most unlikely poet to read was Pierre de Coubertin, founder of the modern Olympic Games. His verse which would have been rejected at a club poetry contest, nevertheless won an Olympic gold medal; talk of match fixing! 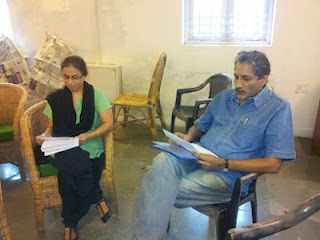 As ever the discussions in the group were lively and led in many directions. Here are the readers pictured at the end of the session: