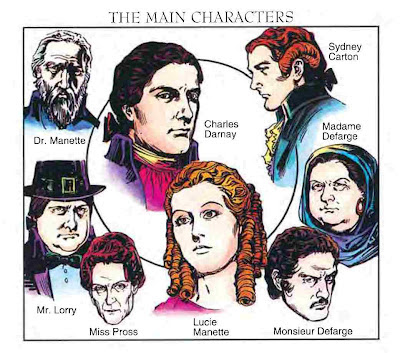 We are celebrating the 200th birth anniversary of Charles Dickens. Gopa and Sivaram therefore selected this novel. It relies on Thomas Carlyle's account of the French Revolution and depicts the contrasting fortunes of citizens in the capitals of neighbouring countries, London and Paris. 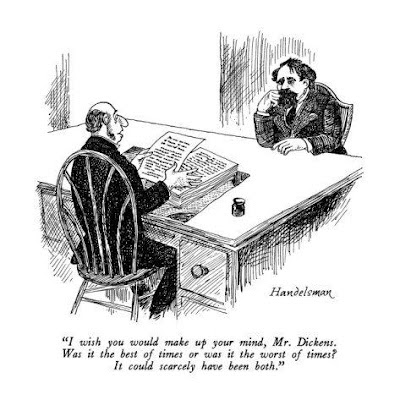 London was lawless and its common citizens were poor, lorded over by the nobility; the citizens of Paris were equally down-trodden, but are now caught in the throes of a violent revolt that will change the landscape of France forever, but not before a bloodthirsty period of head-chopping. 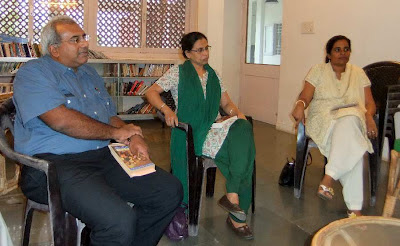 As is true of Dickens' novels the characters are vivid. But there is little of Dickens' humour in this work, which came late in his life. Perhaps Dr Manette is the most striking person; he evolves from the mental trauma of solitary imprisonment to become heroic in stature. 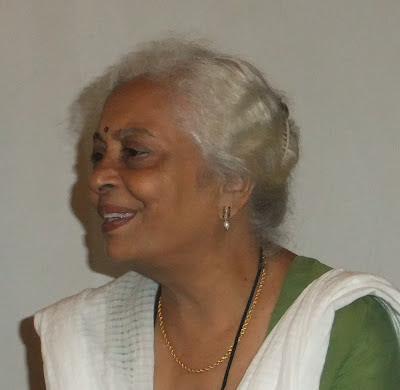 KumKum
Madame Defarge symbolises the extreme violence and bloody vengeance the French Revolution heaped on the aristocracy, sweeping along many unwitting individuals implicated by false testimony. 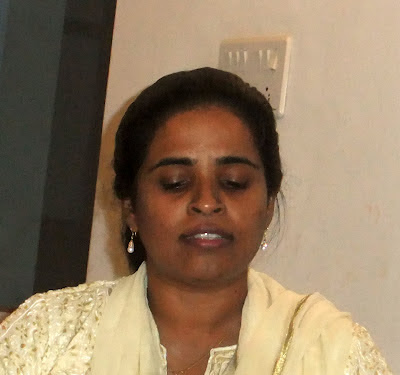 The language is complex; Dickens seems to have revelled in long sentences and his style has the stolidity of the Victorians, but it has aged quickly. Lacking an editor, Dickens does not hesitate to pile detail on top of details; a judicious reader is forced to skip. 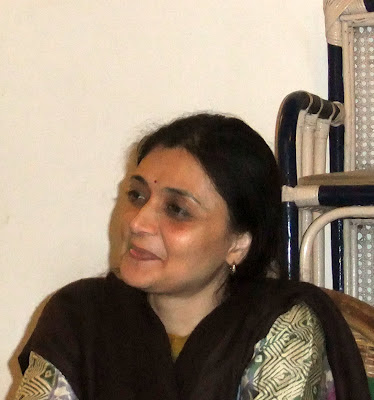 Google celebrated the Dickens anniversary with a doodle depicting a collage of his characters:

Here are the readers at the end: