When Madhav Sharma (MS) learnt on a visit from UK in Jan 2014, about the Shakespeare Festival that KRG was putting on for the 450th Birth Anniversary, he eagerly agreed to accept the invitation to participate. Ideas that had been brewing in his mind ever since Indira Outcalt urged him to tell the story of his own life, came together in a one-man play, ‘Bharat, Blighty & The Bard – Shakespeare For Everyone’ which was co-devised with Miranda Lapworth. The result is a play that uniquely unites the twin lives of MS and WS.

Bharat, Blighty & the Bard  – Shakespeare for Everyone, Flyer

It took a good deal of lobbying by MS with the British Council in India & UK, and with the co-operation and support of Priti Patel MP (appointed by Prime Minister David Cameron as Champion, Indian Diaspora UK) and the Deputy High Commissioner of India in London (Dr Virander Paul), and sponsors such as TATA, The Backstage Trust, The Promotion of English Trust and various individuals, including members of The Royal Shakespeare Company and The National Theatre, before the trip of MS and Miranda Lapworth (Director and Co-Creator who has also fulfilled several of the functions of designer, publicist and general dogsbody) could fructify.

KRG was the original sponsor in India.

Madhav Sharma in his one-man play Bharat, Blighty and the Bard – Shakespeare for Everyone

Thus on Apr 21 the world premiere of Bharat, Blighty & the Bard – Shakespeare for Everyone was held in Fort Kochi at David Hall. It lasted 90 minutes, but scarcely anyone could draw hiser gaze away from MS, performing the words of WS to illuminate the sequence of remarkable events that brought MS to the Royal Academy of Dramatic Art in London, the womb and nurturing ground of great actors on the London stage. WS was front and centre, his plays and sonnets casting his all-embracing gaze on the life we mortals lead.

Mr Jose Dominic, MD of CGH Earth, who sponsored this Festival at David Hall opened with a few remarks, quoting from Romeo and Juliet, the text in school from which he remembered the famous lines beginning But soft, what light through yonder window breaks? 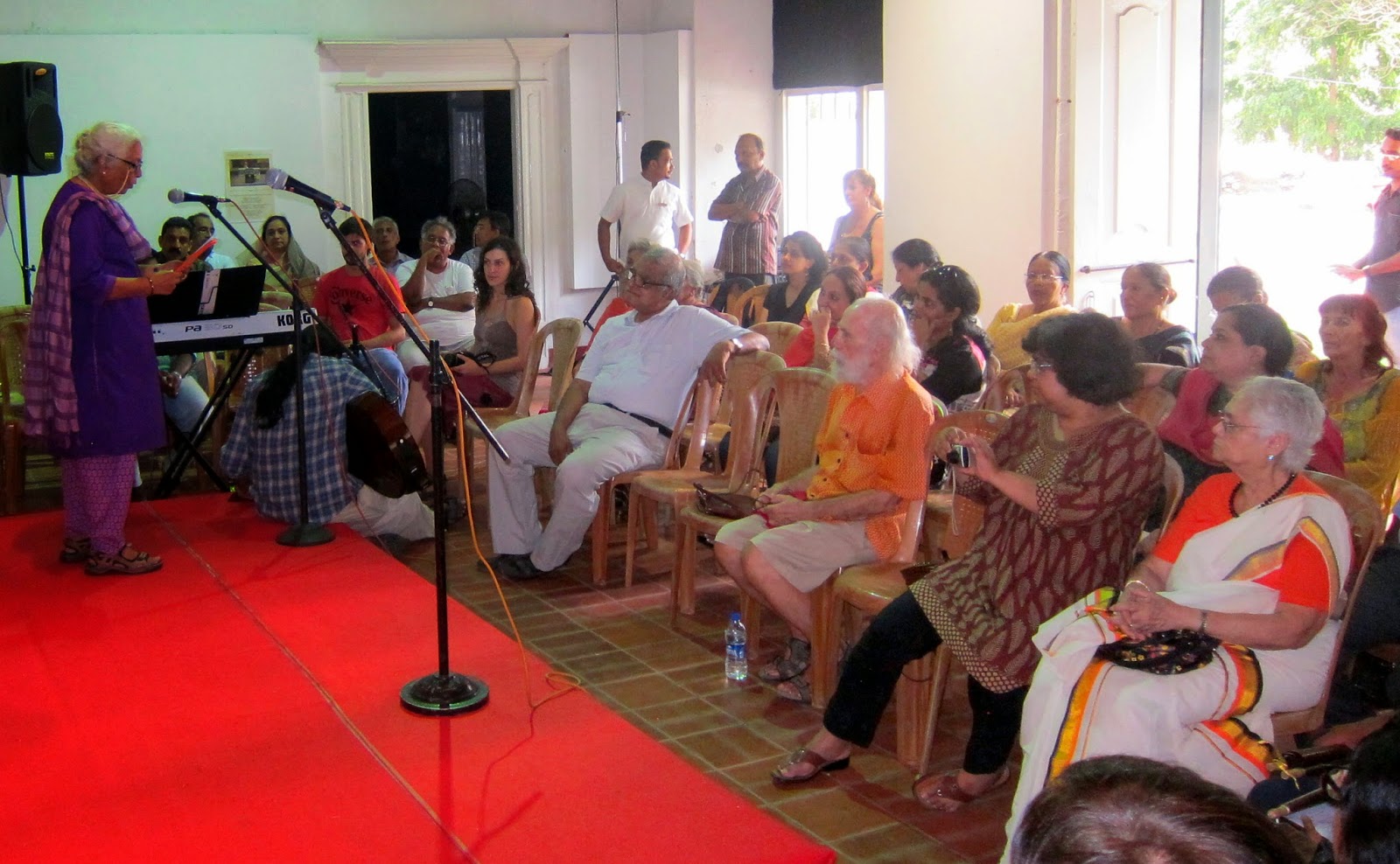 KRG Elizabethan singers, and the accompying musicians on stage

The songs date from ancient times. Composers, great and small and anonymous, have been happy to set music to the delightful songs with which Shakespeare satisfied eager theatre goers in his time. 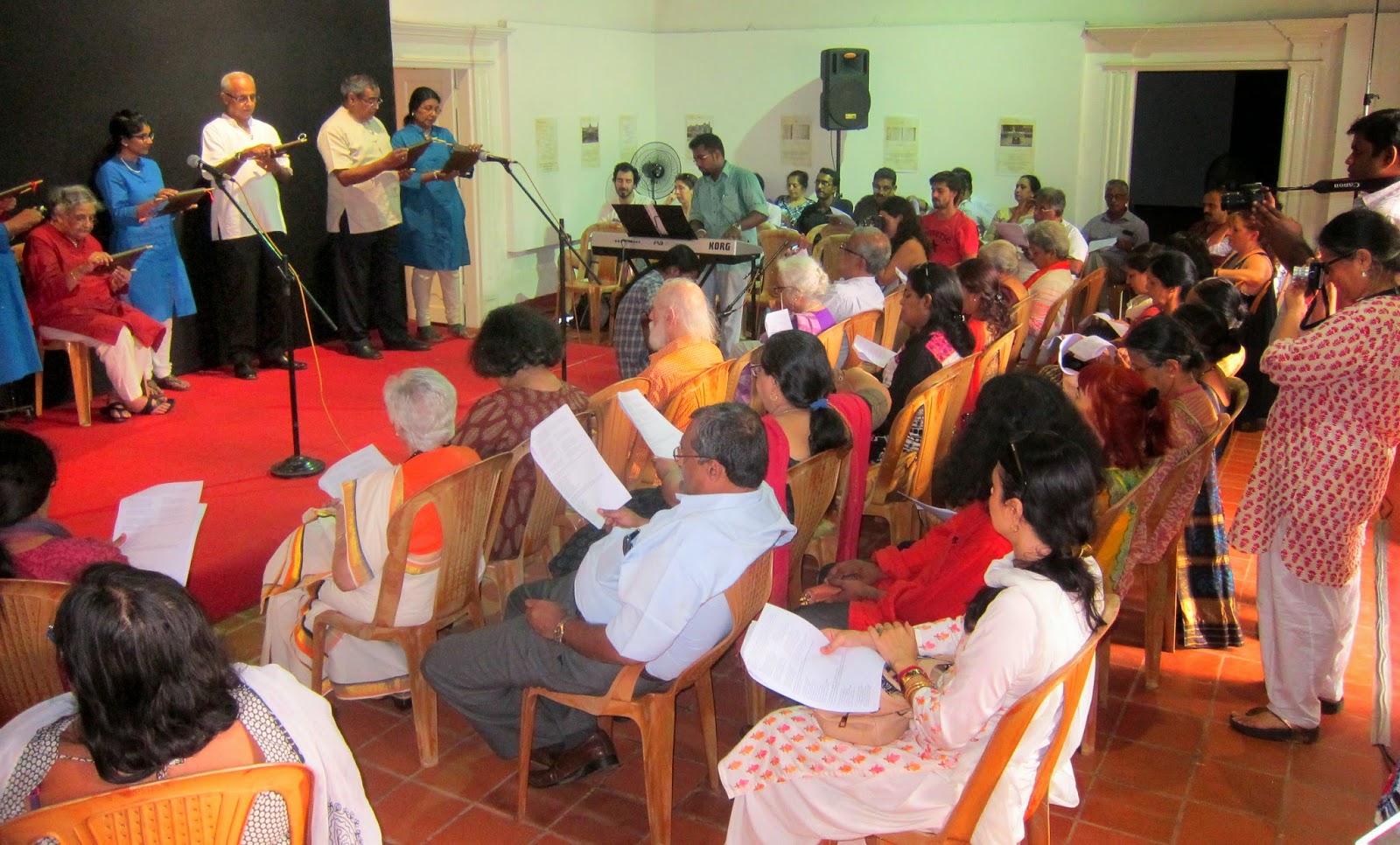 The audience for Shakespeare's songs from the plays

The show ended with the reading:
Our revels now are ended. These our actors,
As I foretold you, were all spirits and
Are melted into air, into thin air:

You can view the video of the songs, about 14 minutes worth at
Shakespeare Songs.