This is the second year of celebrating the onset of the monsoon with a session on the English Romantic Poets. Ten of us participated, including Pamela who was vacationing with her daughter in USA; she did it via a recording of her selection uploaded to the KRG Dropbox. We commend her enthusiasm and hold it up as an example for those who know beforehand that a scheduling conflict will prevent them from attending in person. Recording is then a good alternative. 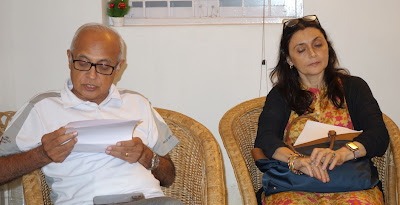 The Romantic poets in England began a movement in the arts that paralleled the changes taking place in society. “They were inspired by a desire for liberty, and denounced the exploitation of the poor. There was an emphasis on the importance of the individual; a conviction that people should follow their own ideals rather than conventions and rules imposed from above. The Romantics renounced the rationalism and order associated with the preceding Enlightenment era, stressing the importance of expressing authentic personal feelings. They had a real sense of responsibility to their fellow men: they felt it was their duty to use their poetry to inform and inspire others, and to change society.” This is taken from an excellent article by Stephanie Forward on the key ideas and influences of Romanticism. The article has important documents, manuscripts and illustrations and forms an appropriate introduction to this session at KRG. 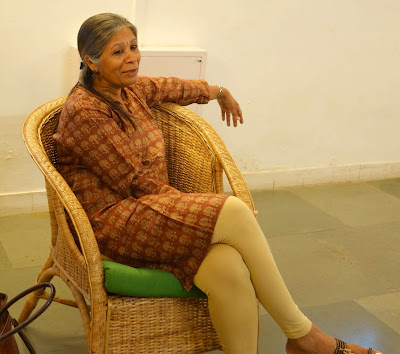 There you will find the passage in the Lyrical Ballads setting out the definition of poetry by William Wordsworth: “Poetry is the spontaneous overflow  of powerful feelings: it takes its origin from emotion recollected in tranquillity: the emotion is contemplated till by a species of reaction the tranquillity gradually disappears, and an emotion, similar to that which was before the subject of contemplation, is gradually</a>produced, and does itself actually exist in the mind.” 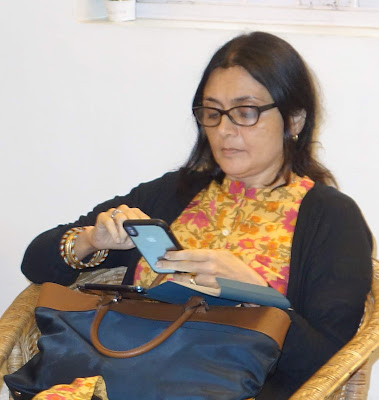 Two of Keats’ six Odes were chosen for the occasion – Ode on a Grecian Urn and Ode on Indolence. Psyche and Melancholy are the only ones left to be recited at KRG. Others among the Big Six Romantic Poets featured were Blake, Coleridge and Byron. 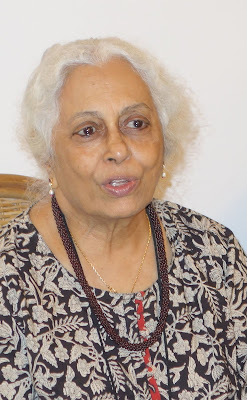 Devika boldly chose Robert Burns, who is regarded as the National Poet of Scotland, adducing notes to make the Scots dialect plain to those unfamiliar with it. It was her first recital for us at KRG and was much appreciated. 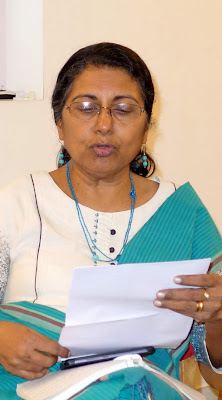 The circulation of the text of the poems among readers through a single merged PDF file has found favour for its convenience. It will be used in future, in the expectation that all the selections will be provided in advance by the readers as text in e-mail or by a Web link to it. And of course, they must download the merged PDF file ahead of time to the smartphones, tablets, or computers which they bring to the session for reading online. 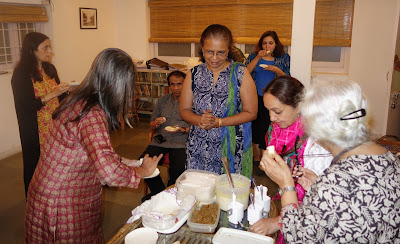 Reflections on poetry were combined with refections afterwards: cucumber sandwiches by KumKum, Eid sheer khurma by Zakia, and etheka halwa by Joe. A wonderful way to end an evening with the Romantic Poets! 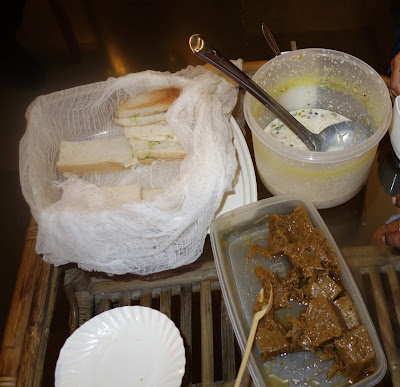 Here we are beaming with joy at the end of the event: 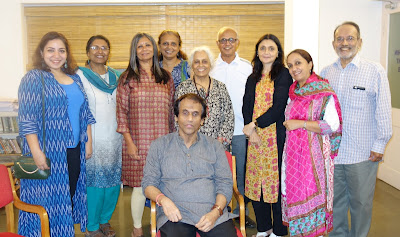