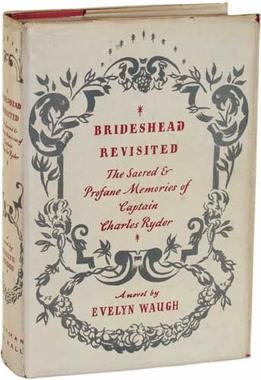 It was the last novel of the year, Evelyn Waugh's languorous attempt to capture the nostalgia of youth. The deep friendship between Charles Ryder and Sebastian Flyte, the son of an aristocratic family, is at the centre of the novel in the first half of the book; it leaves its shadowy bitter scent in the final section as Sebastian descends into incurable alcoholism.

Meanwhile, Charles with an artistic bent goes off to study art in Paris and paints pictures, full of charm, for the English public. Later, he seeks adventure in the New World and returns in triumph to an exhibition of his exotic paintings of Mexico and S America, arranged by his wife, Celia. At about this time, Julia, the sister of Sebastian enters his life and both have an extramarital fling. The love is short-lived. 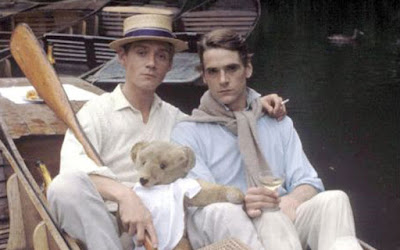 Brideshead Revisited (1981, ITV) is one of television’s greatest literary adaptations. It's utterly faithful to Evelyn Waugh's novel yet it's somehow more than that, too

All this takes place against the impending crisis of a war to come, and it is the billet of Charles’ battalion at Brideshead, the home of the Flytes he knew so well, that starts off the novel as a re-visit. It's impossible not to fall in love with the Oxford University described in the early scenes, although there is very little about studies and much more about escapades, dining, going for rides, encounters with women, and so on; the only don in the novel is venal and comic. 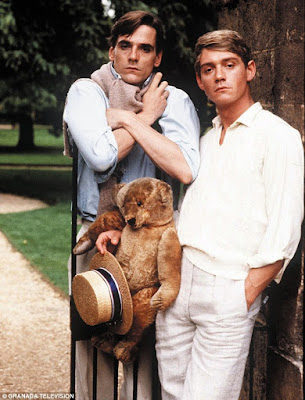 There are many snatches of comedy in a satirical vein: Charles’ father Edward Ryder, Lord Marchmain in Venice, Rex Mottram taking Catholic instruction, the absurdity of an aristocratic Catholic family marooned in Anglican England, and so on. But above all it is Oxford we remember:
‘still a city of aquatint’,
‘her autumnal mists, her grey springtime, and the rare glory of her summer days’,


‘exhaling the soft vapours of a thousand years of learning’. 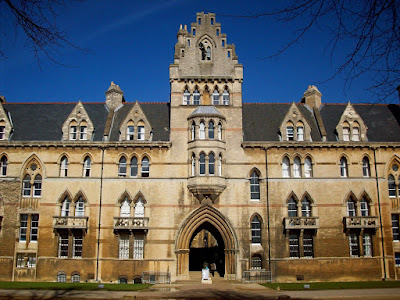